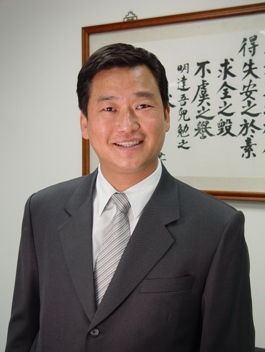 DRAMeXchange recently interviewed Dr. Gibson Chen, Vice President of ADATA Technology Co., Taiwan’s No.1 DRAM module maker. Chen shared with us his insights on market trends, and secrets about how ADATA got to the top in the industry.

On overall market trends for the coming year, Chen predicted that fluctuations are still inevitable in 2009. Everybody can easily see that economic slumps are bound to hit the DRAM industry, but no one can foretell exact what changes the market is going to experience in the future, he added. Supply is in a sharp decline as many upstream DRAM makers have suspended production, and demand remains weak in the meantime, which Chen attributed to the lack of new breakthrough in the computer industry. For example, said Chen, Windows 7 only requires 1GB of memory, and this is definitely not a major boost for DRAM demand. In 2009, the DRAM market, as usual, may not see demand rising until the latter half, and even though spot prices in 2Q have been flat when compared to 1Q, the prices are expected to rise month by month in 3Q and 4Q. As DRAM manufacturers continue to cut production, and economy is expected to stabilize later this year, DRAM spot prices are seen inching back above the cash cost around the end of 3Q or in 4Q, and a recovery is expected to take full hold for the DRAM industry then, according to Chen.

Notebooks and Netbooks: A New Chance for DRAM Module Makers

Chen pointed out that both notebooks and netbooks have their own distinctive markets and demands. For example, most notebooks from major brands are also equipped with memory from leading manufactures, so higher prices are acceptable for consumers. The major appeal of netbooks, however, is its affordability, so DRAM module makers offering products of lower prices have better chances to stand out in the netbook market. In 2008, ADATA began cooperating with netbook makers, mostly supplying them with SO-DIMM. An ever-expanding netbook market is definitely positive for long-term prospects of the DRAM industry. However, the fact that it is harder for consumers to upgrade netbooks by themselves more or less stands in the way for boosting demand for brand-name DRAM modules.

In a bid to solicit orders to the maximum extent, Chen said, the most important factors include stable chip production and sufficient supply in upstream manufacturing. With advantages in production technology and better sorting, DRAM module makers can push efficiency to the limit.

ADATA released its 512GB SSD at CeBIT, where the product attracted much attention from buyers and media. This demonstrates ADATA’s leadership in R&D and technology when compared to rivals. Moreover, the company has just won the iF Product Design Award with its T806 Kissing Octopus Couple Drive. The product was even exhibited in the iF stall at CeBIT, which is seen as a recognition of ADATA’s innovation in product design and R&D.

Characterized by low prices and lightweight, netbooks gained instant popularity after hitting the market in 2008. Being aware of this new market trend, A –Data introduced HDD CH91, a 500GB external hard disc drive with USB ready boost and a spacious capacity. In order to match the chic exterior design of netbooks, CH91 is coated in a bright-colored, metal-like paint spray. Now available in white, sapphire blue and purple, the product is a perfect match for classy netbooks with its stream-lined, elegant exterior design. The product has been eagerly sought after among consumers rig