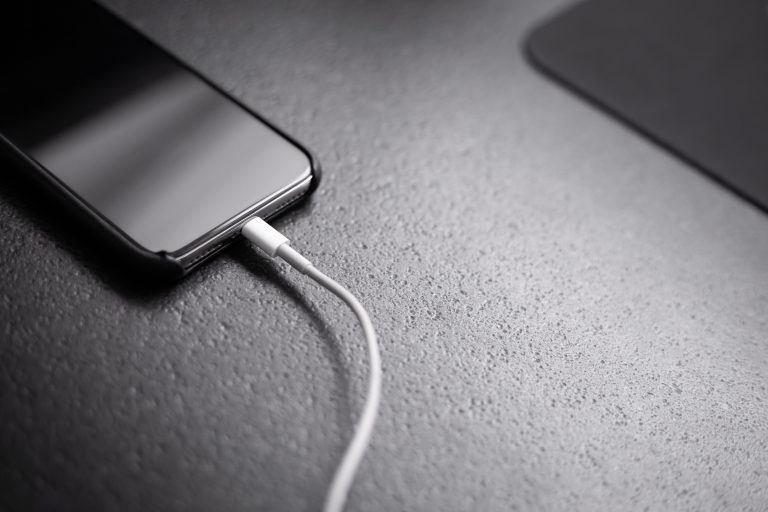 In response to the increasing demands of mobile applications, manufacturers are now placing a priority on extending the battery life of such devices like smartphones and notebook computers. However, due to the inherent limitations of physical space in these devices, the quest for ever-greater battery capacity has seemingly reached a bottleneck, forcing them to look elsewhere for solutions, hence the development of fast charging technology. As such, fast chargers equipped with GaN (Gallium nitride, which is a third-generation semiconductor) chips have are now expected to introduce the next chapter for the fast charging market.

According to TrendForce’s latest investigations, as smartphone brands including Xiaomi, OPPO, and Vivo have successively been releasing fast chargers since 2018, the market demand for GaN power devices has undergone a corresponding growth as well. Given the continued upward trajectory of the market, GaN power device revenue for 2021 is expected to reach US$61 million, a 90.6% YoY increase. 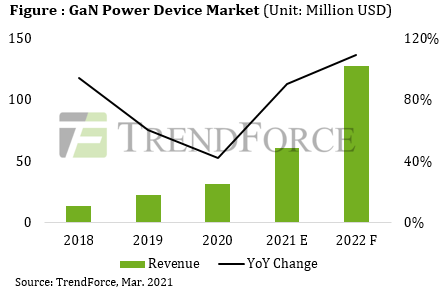 Due to their low portability and tendency to overheat, traditional fast chargers are increasingly unable to meet consumer demand

In the past, fast chargers were generally based on Si (Silicon) chips. However, as these chargers increase in wattage, their mass and physical dimension increased as well, meaning they suffered from low portability and a tendency to overheat when fast charging. On the other hand, as battery capacities expanded past the 4000mAh mark, traditional Si chargers began to see a drop in charging efficiency. In light of this, after certain breakthroughs in GaN manufacturing technologies were achieved, next-gen GaN chargers are likely to completely transform most consumers’ preexisting impressions of fast chargers.

Nonetheless, the manufacturing costs of GaN chargers are still 80%-120% higher compared with Si chargers at the moment. That is why very few devices bundle GaN chargers as a standard accessory included with the purchase and why GaN chargers are consequently sold separately instead. TrendForce expects the market for GaN chargers to experience rapid growth in 2021, with about 57 million units shipped for the year.

The GaN charger supply chain encompasses virtually all major companies in various industries, and companies for which GaN businesses account for a larger share of their sales or technologies are more likely to benefit from the booming GaN charging market as well. As the largest supplier of GaN charger chips at the moment, Navitas has a clientele consisting of such major brands as Xiaomi, OPPO, Lenovo, Asus-Adol, and Dell. TrendForce’s investigations find that Navitas’ share in the GaN charger chip market surpassed 50% as of last year.

Navitas’ chips are currently fabricated with TSMC’s GaN on Si technology on 6-inch wafers, while TSMC is planning to increase its GaN production capacities by outsourcing its epitaxial processes to Ennostar subsidiary Unikorn. As Navitas expands its shipment volume going forward, TSMC and Ennostar are expected to benefit as well.